ABOUT THE RICHLAND AREA COMMUNITY CENTER

Spurred by a 1991 Richland Village study that indicated a need for a gathering place, a few concerned citizens investigated the possibility of creating a gathering place for youth and adults, a facility that would support the effort to build a healthier community. In 2001, through the generosity of an anonymous donor, the creation of the Hope Full Community Center was set in motion.

Originally conceptualized as a faith-based but nondenominational organization, the group pursued 501(c)3, non-profit status and a director was hired. The site of the community center would be the former Gull Lake Christian School. The re-design and modernization of the building offered a fully accessible, multi-purposed facility that could host classes, activities, meals, games, dances, and informal gatherings.

The original goal was to offer 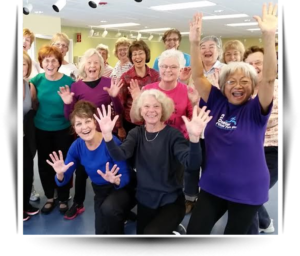 an inclusive, multi-generational environment with a special mission to serve seniors and youth.

In 2004 the board sought the administrative assistance of the Sherman Lake YMCA to provide the Hope Full Community Center with the management and program director to operate the center. It was also during this period that the board moved away from the faith-based focus and renamed the center the Richland Area Community Center.

In March 2007, the board of directors made a major decision to pursue operating the Center independent of the Sherman Lake YMCA. After careful preparation, in October 2007, the Richland Area Community Center returned to its original status as an independent non-profit organization.

Each year the Richland Area Community Center has grown and worked to meet community needs. In 2012, with support from the Gull Lake Area Rotary Club we added a lovely, accessible picnic area. In 2013 we partnered with The Boy Scouts of America, our local Eagle Scouts, and the Rotary to create a Gazebo, and a marked, barrier-free, paved and mowed trail system. In 2015, we enjoyed 19,000 visitors, held more than 1,100 programs/events and hosted over 50 different organizations’ meetings/events.

We brought the Richland Farmers’ Market back to the RACC in 2017, offering patrons fresh, locally-grown produce, locally created crafts, and home-made foods. It offers local farmers and artisans a place to sell their goods. 2017 brought 30,000 visitors through our doors!.

In 2019 we brought ART HOP to Richland! Hundreds of people came together—artists, musicians, actors, potters, writers, business owners, friends and neighbors—there were so many people enjoying the arts in the Village of Richland it was difficult to cross the street! As part of that event, we hosted a free concert on our lawn. It was a magical night of art, enthusiasm, good will and energy.

If you enjoy the programs and services offered, please consider giving to the RACC. As a 501(c) 3 non-profit organization, we are community supported and we receive no government funding.